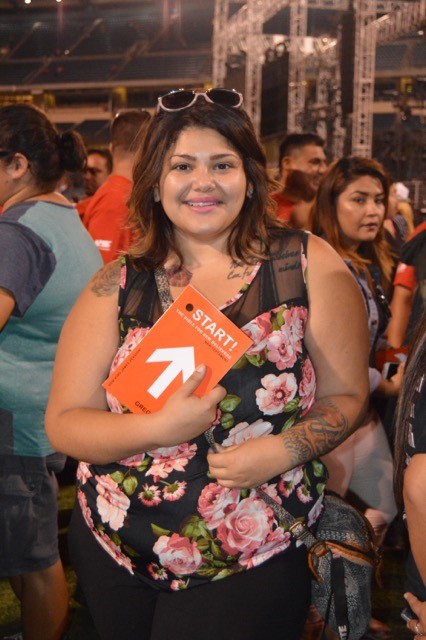 Adrienne grew up in an atheist household, but she says she questioned God’s existence from a young age. Her mother was a meth addict and was living with an abusive boyfriend. Adrienne moved back and forth between her grandparents and her mother’s home; she felt very alone. She didn’t know stability or love. Adrienne says she had a feeling that there was a God out there, but she was not allowed to talk about Him. She was told she was dumb if she believed there was a God, so she suppressed her feelings.

At age 14, feeling lonely and in need of attention, Adrienne met a guy who was physically abusive. She stayed in that relationship for four and a half years. "I just wanted to be with someone that loved me," Adrienne said. She was afraid if she left him, she would feel lost again.

Adrienne finally found the courage to leave her boyfriend after meeting her biological father. But as a result of her loneliness and confusion, she struggled with suicidal thoughts, and admits to attempting suicide twice before.

For years she lived a life of promiscuity, drinking, partying.

Last night, after listening to Pastor Greg’s message, Adrienne has made the decision to follow Christ. She is ready to be loved by her heavenly Father.