A New Day, A New Life 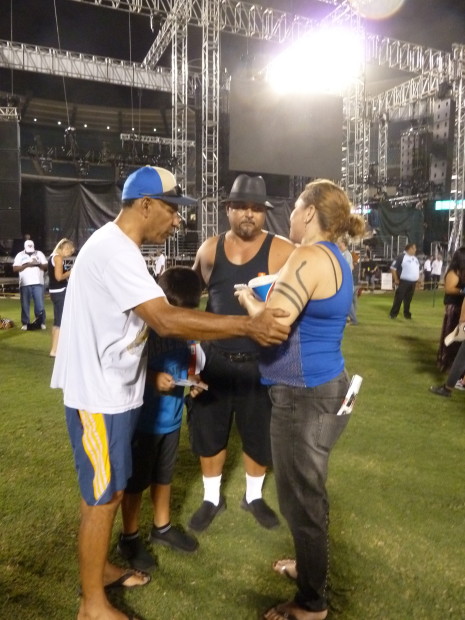 Tonight I met Shannon down on the field when her friend, David, got my attention and told me that she had just made a first-time commitment to Jesus after hearing the gospel message given by Pastor Greg Laurie.

When I asked Shannon how she met David, Shannon explained that she’s been living, homeless, in a trailer behind David’s machine shop. Shannon made a living as a commercial fisherwoman on the fishing boats in San Pedro. Unfortunately, the big commercial ships have overtaken much of the fishing industry, misplacing the smaller, privately owned fishing boats. Because of that, Shannon lost her job and has been unable pay rent. So she found herself living in a trailer behind David’sshop. David and his brothers in Christ from Calvary Chapel South Bay have been praying for Shannon for quite some time.  They were thrilled when Shannon accepted the invitation to come to the Harvest Crusade. They were even more excited when they saw her make her way down to the field to give her life to Christ.

None of us knows how long we have on this earth, so the sooner we submit our lives to the Savior the better. You see, Shannon also shared with me that she was diagnosed with ovarian cancer a month ago. As terrible as that news was to Shannon, she has the hope of heaven now and today is the first day of a brand new life for her.

We don’t know what the Lord has in store for Shannon, but Jesus is now her Savior, her Lord, her God, and He will be her comforter—the One who will never leave her nor forsake her, no matter what.